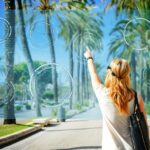 AR, or Augmented Reality, is in the midst of a meteoric rise. New AR applications are emerging every day. This has been possible due to the fact that many platforms like Google and Apple have already launched basic AR toolkits for programmers. Since a headset isn’t always required, many businesses find AR to be much more accessible.

Beginners can start with AR by learning the basics of how AR works, researching the best AR development tools, and taking a course to start on their development journey.

In this article, we will talk about augmented reality: how it works, and everything else you really need to understand about this amazing technological advancement.

What is Augmented Reality?

Augmented Reality is an innovation that enables users to communicate with a real-world environment. AR uses electronic devices like computers, laptops, and smartphones to enhance real-world objects.

Lyman Frank Baum, the writer of The Wonderful Wizard of Oz, first brought the idea of an electronic screen or visual aid overlaying data or information into the everyday world in 1901. This ‘character marker,’ as Lyman called it, set the basis for today’s augmented reality technology (AR).

AR was initially introduced in 1968 by Ivan Sutherland. Today, it has grown to a new level, thanks to its popularity in the technology world.

The AR market is a subset of the Extended Reality (XR) environment, which provides users with immersive experiences. Today, businesses are using AR to create a dedicated user following and enhance the customer experience.

AR appears to be much more approachable for novices than virtual reality (VR).

Almost everyone can create an augmented reality app that performs well on most smartphones. You can use the AR Kit, AR Core, and other app development tools to create such applications.

The goal of Augmented Reality is not to replace the physical setting with a virtual one, as is the case with VR; it’s about adding information or placing objects in our immediate environment.

To better understand this concept, consider how titles, banners, or news feeds are placed over streaming video on television. A video streams in the background while a title banner is placed on top of it.

However, with AR you can do so much more. You can add computer-generated images in different forms that are unique to each individual. You can even change it in response to ecosystem alterations— like Terminator vision!

To achieve a successful AR, a combination of three things is required. These are:

This is the device that allows you to project 3D and multiple virtual images from the digital environment into your physical environment. Smartphones and smart glasses are the most common AR hardware. Both devices will include a processor that has the ability to run a specific AR application.

They also have a graphics processing component, and sensors to assist in placing the digital content of your AR experience in the appropriate environment. Depth and proximity sensors, light sensors, and other sensors all work together to enhance the realism of the experience.

The tools that programmers use to help AR applications comprehend the physical world and process experiences appropriately are referred to as software in the AR industry.

Popular AR software includes AR Core and AR Kit, for example. These tools include environmental insight solutions, which enable your device to chart its surroundings. Motion and light monitoring are common features of AR software. They allow the apps to operate in real-time.

An application enables the AR software to run on a phone or computer or any other device supporting AR. AR apps include everything from shopping with the IKEA app to playing Pokémon Go.

There are various Software Developer Kits (SDKs) present in the market. SDK’s are augmented reality (AR) development tools that are essentially a bundle of softwares and tools used to develop other applications. Some top tools to develop AR are:

ARKit is Apple’s platform for developing AR apps for iOS devices like iPad and iPhone. It enables developers to create AR experiences rapidly and effortlessly by capturing environments using the lens, processors, and motion detectors built into the iOS devices.

ARCore, also known as Google ARCore, is an Android development platform. It is used for creating augmented reality applications. ARCore enables developers to create AR apps that overlay animated 3D data such as words, items, and characters over the user’s perspective.

Wikitude is a well-known innovator in the field of mobile augmented reality (AR) for smartphones, tabs, and smart glasses. Thousands of applications, brands, organizations, developers, and AR enthusiasts can benefit from Wikitude’s established AR technology. It is available through its main product, the Wikitude AR SDK, and many other complementary products.

The Future of Augmented Reality

The future of Augmented Reality is bright.

AR already exists alongside VR Technology and Mixed Reality (MR). According to AR/VR adviser Digi-Capital, AR and VR revenue in the United States is expected to reach $80 billion to $90 billion by 2023. This invariably means that there will be a slew of Silicon Valley-based competing firms for a share of the pie.

Computation and health services are two of the many industries that will benefit from the future of AR. The AR systems can accurately diagnose diseases, accurately predict the results, and advise doctors on the best approach.

AR has the potential to instantly connect people all over the world, offer tools to various business sectors, and transform the way we communicate with both the virtual and real worlds.

Industries Reaping the Benefits of AR

Boosting the real world with digitally generated data opens up a new world of possibilities. These include applications extending well beyond the entertainment and gaming industries. It has the potential to transform the education sector, logistic support, healthcare, industrial manufacturing, and construction, among other fields.

In the education sector, AR is making an impact in two ways: by engaging students and making concepts interesting and fun. AR offers an invaluable experience for both faculty and students by integrating gaming components into the classroom. It motivates them to use 3D AR modeling to turn a tedious lesson into a jaw-dropping experience and to learn difficult concepts quickly.

As an example, the Human Anatomy Atlas is a fun way to learn about the human body in an interactive and realistic way.

Aspiring surgeons now have a guiding hand in the form of AR applications. In surgery, AR applications provide a video streaming platform with augmented palms which can be displayed on patients.

New surgeons use telementoring to seek advice from experts, no matter how distant they are. Telementoring enables the expert to view what the surgeon sees and offer personalized advice throughout the operation.

Here’s a video where Fanta has used augmented reality to create an interactive way to market the beverage.

When traveling to a new location, using a GPS can be inconvenient and potentially risky if it is distracting. To address this issue, AR has developed smart glasses with detectors that allow users to keep track of their route while driving without having to look around.

AR makes traveling easier and more enjoyable. From hotel reservations and logistics to planning activities and trips, AR has its application everywhere. It has the ability to provide 360-degree tours of restaurants, hotel rooms, and other locations.

The world Around Me app provides information about tourist attractions that you visit. This software locates local ATMs, hotels, tourism sites, and other visible areas instantly.

AR has a whole lot of real-world applications adopted by some big hotshot industrial giants like BMW, Caterpillar, and  Google. Through their Vision Picking solution, delivery company DHL uses augmented reality to enhance picking up orders in logistics. Using AR technology, customers can view their future furniture in their homes before purchasing it from IKEA.

Automobile manufacturers, such as BMW, AUDI, and many others use augmented reality in vehicle design, testing, and safety checks. Caterpillar employs augmented reality to provide consumers with digital data and analytics about their equipment and to help them improve their processes. Boeing uses AR to improve factory production processes.

Augmented Reality is the upcoming technology that will completely reform a normal human being’s life on a daily basis. The useful application of AR in different sectors resembles how effective AR is. If you still have questions, reach out to us via the comments.