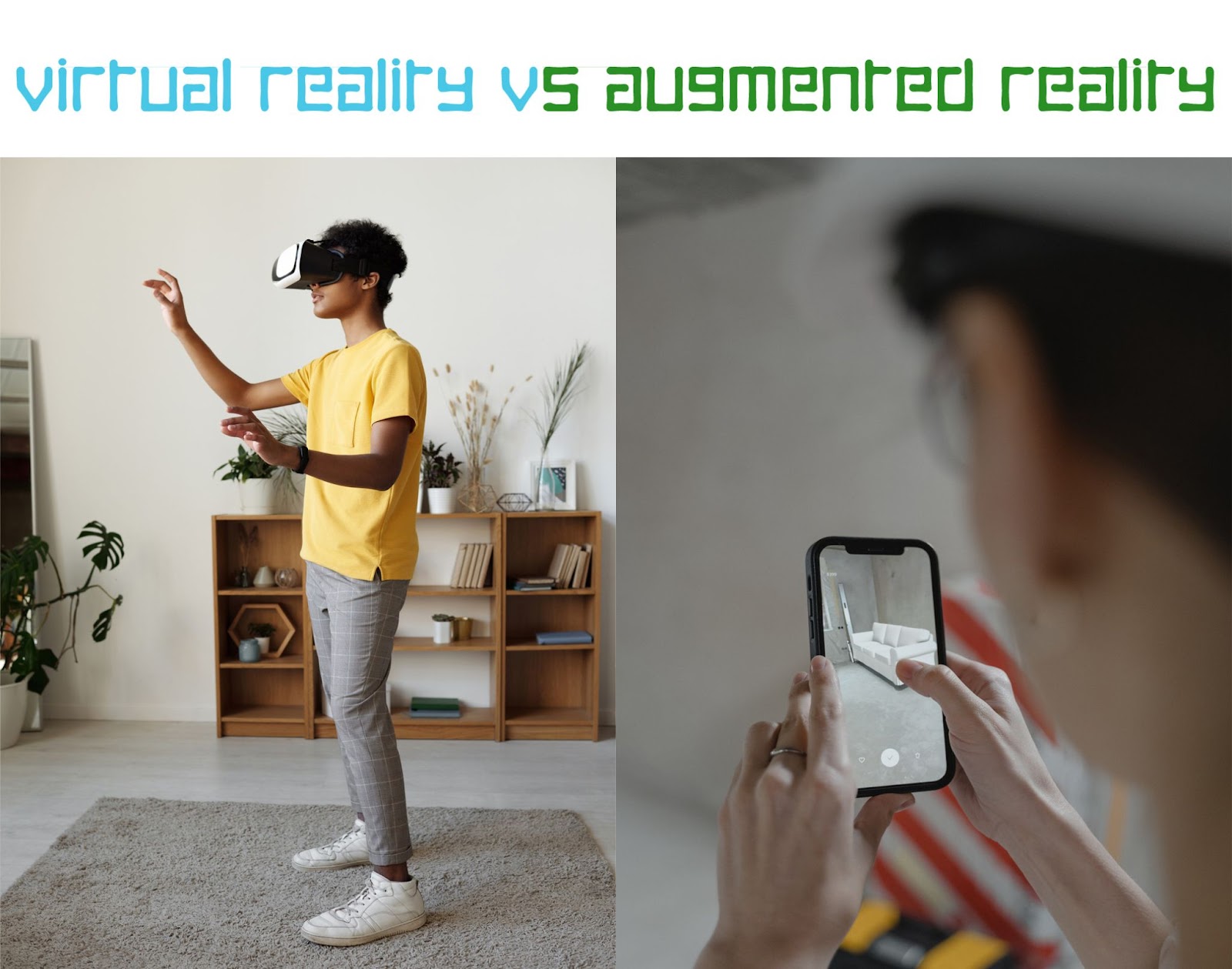 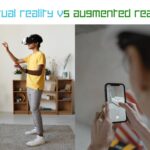 We’ve seen them in science fiction movies, TV shows and read about them in books and magazines. Augmented Reality (AR) and Virtual Reality (VR) are two technologies with the possibility of changing life as we know it. In this day and age, they’re not just works of fiction but real tech that many people use for work and play.

Read on to learn about how AR and VR compare and find out a bit about another form of reality enhancing tech, Mixed Reality (MR).

Augmented Reality, Virtual Reality, and Mixed Reality all fall under the umbrella term, Extended Reality (XR). The X can be replaced by A, V, or M to refer to either of the three technologies.

Out of the three, AR and VR are the two most popular forms of extended reality. The third, MR, is not as well known but still something to keep an eye on as extended reality technology continues to grow. 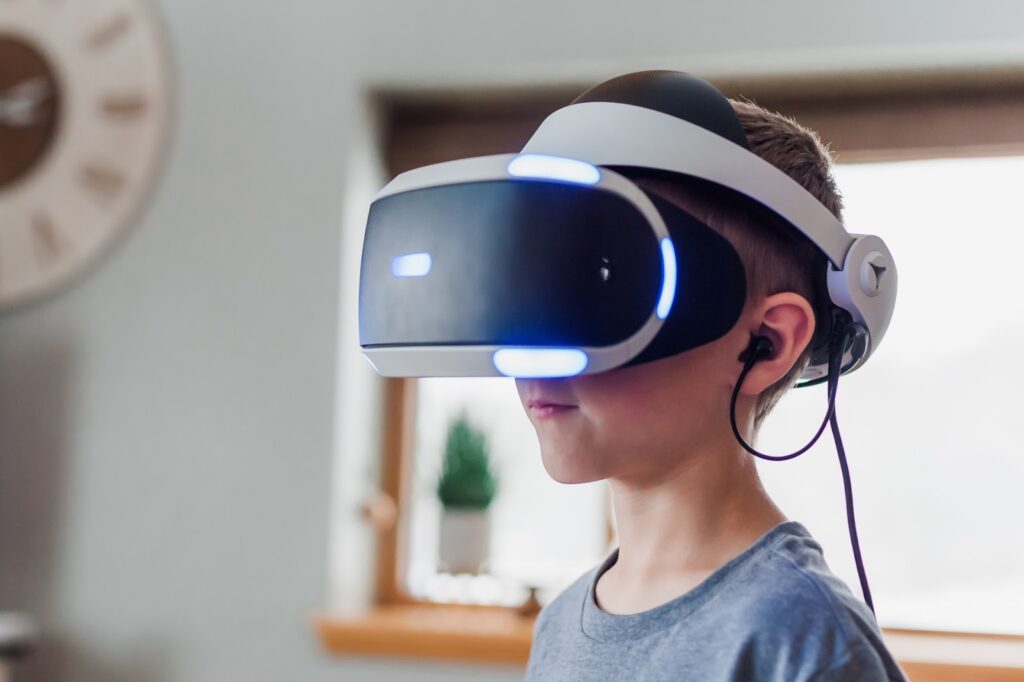 Virtual Reality (VR) refers to a computer-generated environment with scenes and 3D objects that you can interact with. It completely immerses you in a new environment which you enter through what’s commonly known as a VR headset.

In recent years there has been a major uptick surrounding VR. Tech giants such as Google, Facebook, Apple, and Microsoft invest in the technology and what’s known as the Metaverse.

However, even with the investment from major tech giants, VR still has a ways to go before it can become commonplace in society. But that’s not to mean it hasn’t seen impressive growth over the years. VR, along with AR, started back in 1968 when Ivan Sutherland and his student Bob Sproull created the first head-mounted display. It was large, uncomfortable, and had to be suspended from the ceiling to be worn. That’s what earned it the name, Sword of Damocles.

Fast-forward to the present day when VR headsets such as the Oculus Quest 2 and PlayStation VR are fairly comfortable and portable. The technology has certainly evolved over the years and is still improving as time goes by.

Right now, VR headsets are known for their gaming capabilities. Popular titles include The Elder Scrolls V: Skyrim VR, Rick and Morty: Virtual Rick-Ality, Fruit Ninja VR, and more. Many of these titles are available on Steam, PlayStation, and other gaming stores. Besides gaming, people also use their VR headsets to watch their favorite TV shows, movies, and online videos.

VR isn’t only limited to entertainment either, though it’s one of the more popular uses. There’s also a space for VR in education. VR enables students to practice certain techniques and see principles play out right in front of them. It aids with fact retention and provides better engagement of their senses. Instead of simply sitting and watching, they get to experience what they’re learning.

Virtual Reality also has business applications. Companies can use VR to make models and training simulations using VR. On top of this many marketing and sales companies use VR to better sell products to customers.

Architecture is another field where VR has made a significant impact. Many architecture firms use VR to demonstrate how homes or buildings will look and provide virtual walkthroughs. To help clients understand and see the end product and experience it before it comes to life in the real world.

The other third of extended reality is Augmented Reality. AR refers to when a computer-generated image is superimposed on an existing environment. The most notable example of this would be Pokémon Go, the smash mobile game launched in 2016.

Augmented Reality is more accessible than Virtual Reality due to the low barrier of entry. While you need a dedicated headset to use VR, you can now access augmented reality with your smartphone.

Tech giants, namely Apple and Google, have invested heavily in AR in recent years. They’ve also created frameworks that make it easier to develop and distribute AR apps. These are known as ARkit and ARcore respectively. AR apps are now so popularly known that you can find a dedicated AR section on the Apple App Store.

There have even been rumors of Apple working on an AR headset as an accessory to iPhones. This would undoubtedly take AR to a whole new level as it becomes more mainstream and possibly a fixed part of our daily lives.

As mentioned before, AR is mostly known because of Pokémon Go. However, there are a number of other fun AR games as well such as Harry Potter: Wizards Unite, DC: Batman Bat Tech Edition, and more.

Outside of gaming, AR is also widely used for education. Google also has AR models available for viewing on its search engine. You can google an animal like a bear or a model like the skin and use AR to view it in the real world. Google also allows you to use AR for navigation thanks to Google Maps AR.

While gaming, education, and navigation are great, one of the best places for AR is business. A number of companies and brands have already begun utilizing AR to help customers preview products such as furniture and appliances. It can also be used for clothes too. Here’s a video showing you how many companies are using AR to provide a better experience to their customers:

VR vs. AR: A Direct Comparison

Now that you know what’s virtual reality and what’s augmented. You’ve got to be wondering, what’s the big difference between them?

Before we get to the differences, let’s talk about what they have in common. When it comes to similarities, as we mentioned before, both augmented reality and virtual reality are forms of extended reality. They affect how we perceive and interact with our environment.

They both do this through digital means, however, their applications and limitations vary.

Virtual reality cuts you off from the outside world as it creates a whole new virtual environment for you to be immersed in and interact with. It’s as if you’re transported from the material world to a virtual one. Everything you see, hear, touch, and interact with is a digital asset.

On the flip side, augmented reality merely enhances your present reality. The digital objects are superimposed on what you see in front of you. For example, you can have a Pokémon right in front of you by looking through your phone.

This means that you are not cut off from the outside world, you’re given another way to interact with it.

The third form of extended reality is Mixed Reality (MR). This is like the fusion of AR and VR. While AR enhances the real world, and VR takes you into a completely virtual world. MR brings those interactive digital objects into the real world, fusing both the digital and the real world together.

The most notable use of MR is the Microsoft HoloLens. This was Microsoft’s entry into the extended reality space. While the first model wasn’t well-received, the second model improved on all the first model’s failures and was beloved by many.

The HoloLens 2 is widely used for business and education. With the coronavirus requiring more remote work, many companies have utilized the HoloLens 2 to get work done without having to worry about the distance.

If you want to learn more about what the HoloLens 2 offers you and your business, learn how to capitalize on mixed reality. The next model in the HoloLens line is the HoloLens 3. However, there have been rumors of it being canceled as Microsoft partners with Samsung to work on extended reality tech. Only time will tell if those rumors are true.

As you can see, both augmented reality and virtual reality have their place as extended reality tech. Simply put, AR works by enhancing the world you see while VR takes you out of it completely.

It’ll see how both of these technologies are developed for greater consumer use in the years to come. Who will come out on top? Augmented Reality or Virtual Reality? Maybe it’ll be Mixed Reality that’s the underdog that takes the top spot in the future.

All we know is we’re excited to see what the future holds for extended reality technologies.