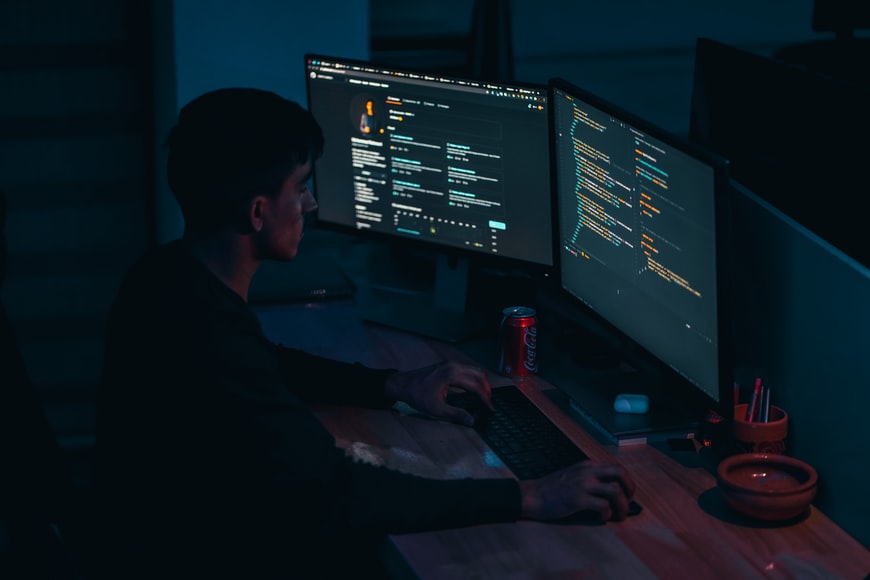 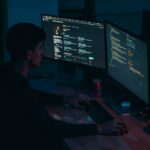 The global AR market is predicted to reach $300 billion dollars by 2024 from $30.7 billion in 2021. That is proof enough to understand its role in top industries like healthcare, entertainment, architecture, and E-commerce.

ARkit and Vuforia are two of the best AR development tools for creators. ARkit is solely for Apple users, while Vuforia is a cross-platform augmented reality development tool trusted by over 8 million users worldwide.

In this article, we will talk about the best augmented reality development tools for 2022. However, before that, let us talk about the types of AR applications that exist and what to look for in an AR tool kit.

The best thing about AR is that it is easily available to the average person. Augmented reality organizations are most likely assisting consumers in experiencing it via smartphones. As a result, we may see it being used in a variety of industries. This has propelled enterprises and globalization to an unprecedented level in recent years.

Such advancements in this technology have resulted in the most readily available and best-suited AR mobile app development for a variety of uses. Let’s look at the various types of augmented reality applications.

Image recognition is another name for marker-based apps. In this, markers are used to display an AR subject. It is important to precisely point the camera at the position of the marker. This helps in viewing the augmented element. The augmented object appears as soon as your phone recognizes the marker and an application overlays digital data on it.

When creating a marker-based app, you offer the photos or descriptors ahead of time. This makes finding them easier when the camera feed is examined. In simple words, the items in your program are already hard-coded, making them easier to spot. It’s no surprise that the bulk of AR apps relies on markers. They are particularly well-liked in the advertising industry.

One of the most extensively used applications in the sector is markerless augmented reality. Due to the widespread availability of location recognition features in phones, it is also called Location-based AR. Typically, this sort of application is meant to assist tourists.

Besides that, it assists users in discovering fascinating sites in their immediate vicinity. This approach predicts where the user is looking. It does so by taking readings from the phone’s GPS, compass, and accelerometer. This AR is all about displaying positional data about items observed through the user’s camera on a monitor.

The projection of light on a surface is one of the most basic types of AR. Light is projected onto an area. Then, the connection is accomplished by contacting the layer with the fingers. It helps in making projection-based AR engaging and intuitive.

The ubiquitous usage of projection-based AR methods can be exploited to deceive users about an object’s position, alignment, and dimension. In this situation, the user is able to consider various pointers as well as their architecture. It helps analyze them in more depth. This technology provides a lot more in every way.

This piece of technology is suitable for creating a virtual item for considerably larger Augmented Reality deployments.

The superimposition of the items is explained by the word itself. This AR displays a replacement view of the in-focus object. This is accomplished by overlaying an augmented view of the object over the complete or partial view. Object recognition is important here since it allows for the replacement of a view of an object with an enhanced view.

What to Look for in an AR Tool Kit

Randomly choosing an AR development tool is a gamble you cannot afford to make. It is important to know your requirements and make a selection based on them.

Here are a few things that you must look for when choosing an AR tool kit.

If you’re making an app for iOS or Android, picking an augmented reality kit won’t be difficult. This is because practically all of the tools support it. However, the number of tools compatible with Mac or Windows is limited. You can still use an AR development kit to create a Windows desktop or smartphone program that supports the Universal Windows Platform (UWP).

Unity is the most well-known and impressive gaming engine in the industry. It is most commonly used to create PC games. It is also used to create AR applications with incredible effects. Unity allows you to do both- create a cutting-edge experience or expand on more established ideas with newer technologies.

This is a crucial functionality for any AR software because it helps users to recognize items, locations, and photos. Phones and other gadgets achieve this by tracking images using computer vision, cameras, and ai – powered software. It may then be overlaid with animations, audio, HTML data, and so on.

The first differentiating feature of an AR SDK is its price. Paid SDKs usually have many pricing levels to choose from, based on the user’s requirements. Free tiers, on the other hand, offer limited capabilities and are intended to serve as a “demo version” of the entire product. A commercial license will almost certainly be required if you want to build a complicated app with a lot of interactive content. As a result, be prepared to pay.

Apple’s ARKit is the best AR development tool available. Moreover, it is more popular among game developers. In 2018, ARKit apps saw nearly 13 million installs, 50% of which were from games only.

Apple limits the use of this AR toolkit to solely Apple devices. It is incompatible on Android platforms. It represents a fundamentally different approach to augmented reality technologies. The system, in particular, is proficient in detecting surrounding measurements. It takes into account lighting conditions in order to smoothly blend virtual items with real life.

Each Google product, as we have always seen, arrives with an enhanced UI. Google ARCore is no exception. This is a Google product built specifically for Android customers. It enables programmers to make apps for both Android and iOS. This SDK works with Java/OpenGL, Unity, and Unreal Engine.

Using the camera, it is able to determine the device’s location and orientation. It can also identify different objects in the area. The marker-based apps work as expected, with virtual items correctly placed.

ARCore allows users to create apps with horizontal capabilities, allowing them to place virtual items on the floor or other surfaces, as well as track motion.

Vuforia is the most famous augmented reality development platform. In fact, it is trusted by nearly 8 million developers around the world.

Vuforia is a freemium software, which means the test version is free but has limited functionality and includes a watermark. The commercial version, on the other hand, is overloaded with functions. This program supports Android, iOS, Windows, and Unity Editor platforms.

When it comes to the primary features and benefits, the finest one is its capacity to detect in both 2D and 3D with the Vuforia Object Scanner. Developers may implement bespoke text recognition with a pre-installed 100,000-word English vocabulary.

VuMarks is a tool for designing augmented reality apps that use markers. Vuforia also provides a virtual button that turns any surface into a touchscreen. Additionally, it also gives consumers the option of storing data locally or in the cloud.

Wikitude is constantly being updated, and the most recent upgraded version is Wikitide 8.7.0. As a result, programmers adore this AR creation tool.

Wikitude’s app for tablets is supported on Android, iOS, and Windows. This is another freemium product, featuring a free watermarked version and a €1,990 paid version per app.

With SLAM technology, developers may import and generate 3D objects with this AR development tool. It allows customers to use location-based services and smart glasses to store data in the cloud or on their devices. Wikitude works with a variety of scripts and libraries, including Native API, Xamarin, Unity 3D, Cordova, Titanium, and JavaScript API.

This application is popular among newbies since it allows them to add, manage, and organize virtual objects without needing to know how to code.

The MaxST, unlike Apple’s ARKit, works on Android, iOS, Windows, and Mac OS. As per applicability, there are two distinct versions.

The first is for 3D items, and the second is for 2D things. You can use this 2D toolkit to track images, places, and QR codes. The 3D Toolkit is primarily suitable for screening and tracking mapping. You can even use it to create a scanning ecosystem for imaging lifelike virtual elements.

It can read QR codes, barcodes, and 3D virtual objects, among other things. The occlusion effect enables a real item to screen a virtual object. Only the 32-bit Unity editor edition is functional with MaxST. In addition, physics engine capabilities provide you with additional ability when it comes to building realistic objects.

The field of augmented reality is rapidly developing, with an increasing number of developers producing realistic 3D experiences that interact with the actual environment. These programmers are continually looking for new methods to save time, money, and effort while creating excellent programs.

Check out our AR Greeting Cards