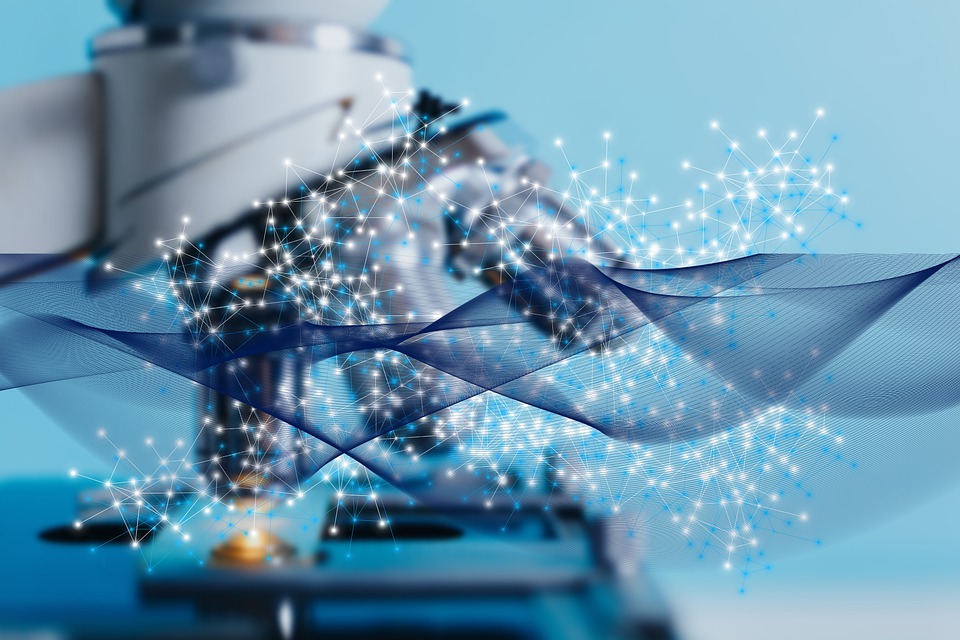 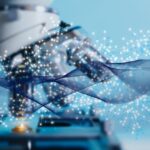 Augmented reality (AR) is revolutionizing a variety of industries. Manufacturing, marketing, and education are three industries that AR has impacted. However, one industry that many people don’t consider when looking at augmented reality in healthcare.

Healthcare is a vast industry that encompasses far more than the average person considers in their daily life. According to the Merriam-Webster dictionary, healthcare is termed as “efforts made to maintain or restore physical, mental, or emotional well-being, especially by trained and licensed professionals.”

As time has passed, we’ve seen how healthcare, like all industries, has changed with various discoveries and innovations in science and technology. One of the current technologies that have already begun making waves in the healthcare industry is augmented reality.

What’s even more interesting is that these are merely the first steps of the innovation that augmented reality is going to have in the healthcare industry.

If you’re not familiar with augmented reality (AR), it refers to when a computer-generated image is superimposed on an existing environment. The resulting image is a composite view of digital assets in the real world.

The key difference between AR and VR is that AR allows you to interact with digital assets while viewing the real world. VR, on the other hand, removes you from the real world and puts you in a completely digital one.

Similar to AR, VR is also making waves in the healthcare industry.

Examples of Virtual Reality in Healthcare

While VR, like AR, is at the beginning of its journey in changing the healthcare industry, its impact cannot be understated. The application of VR in both medical education and practical use in hospitals has already begun to benefit both doctors and patients.

Invasive medical procedures are nerve-wracking, to say the least. The possibility of anything going wrong and you not possibly leaving that operating room (OR) table alive crosses many patients’ minds.

As such, hospital staff has to do their best to relax patients and have them go into the surgery room in the best headspace. Due to this, virtual reality has been used as a means of calming patients before medical procedures.

Research has shown that virtual reality has been successfully used to reduce anxiety in children in hospitals. Using games and other immersive experiences helps to put children at ease and make procedures seem less daunting.

Children aren’t the only one who has benefited from VR before medical procedures. Adults are also benefitting from using VR before surgeries, and other anxiety-inducing procedures. A study done at the St. George’s Hospital in London has shown that patients who used the VR headset to interact with calming environments have been calmer before surgery and reported an improved experience at the hospital.

Patients aren’t the only ones benefitting from the use of virtual reality in medical procedures. Doing is often better for learning than seeing and that goes doubly for hands-on tasks such as performing surgery. While practicing your surgery skills on another person might not be the best choice, you still do need the practice.

Virtual reality allows aspiring surgeons to hone their skills as surgeons and train them to perform different operations.

In 2016, the first successful VR surgery was performed by Dr. Shafi Ahmed. Since then, the use of VR in surgery and training surgeons has only grown.

Companies such as ImmersiveTouch and Osso VR are helping to provide future surgeons with the tools and technology to hone their surgical skills. A study done in the Harvard Business Review showed that VR-trained surgeons showcased a 230% boost in their performance when compared to their peers.

Examples of Augmented Reality in Healthcare

The benefits of virtual reality in the healthcare system are impressive, to say the least. What’s even more comforting, is the fact that this is just the beginning. Augmented reality has also had offers benefits for healthcare workers and patients.

Approximately 10% of American adults have trypanophobia. This is an intense fear of needles. The number may be higher due to people with a great fear of needles may be avoiding medical treatment altogether.

What worsens this fear is that many times when people go to seek medical treatment, they have to deal with a needle, and sometimes the veins are missed on the first stick.

Imagine being afraid of needles and having to be stuck multiple times. Not fun, right?

That’s why the MedTech startup AccuVein has created an AR solution to assist nurses in sticking patients. They’ve developed what’s known as a vein illuminator which uses AR to display a patient’s vasculature (the veins in their body). It has helped healthcare workers improve their stick rate with patients.

AccuVein has reported a 39% pain reduction for patients and a 3.5x 1-stick improvement rate for doctors and nurses.

Healthcare isn’t only the responsibility of doctors and nurses. We have to do our part to take care of our health by adopting healthy lifestyle practices. Exercise and a proper diet are key parts of a healthy life.

However, diet and exercising can be boring. One game, Zombie, Run is an example of augmenting the experience to make exercise fun.

It uses fear to help motivate people to ruin. This makes the activity more exciting and allows people to enjoy the experience. They can see and hear the zombies, pushing them to run faster, burn more calories, and make exercise fun.

What The Future Holds For Augmented Reality in Healthcare

As we’ve mentioned before, augmented reality is in the first stages of the changes it’ll make in the healthcare industry. That means that the future is bright and full of promise.

Healthcare professionals, programmers, and designers are going to undoubtedly bring to life some amazing innovations that will help to change healthcare, and the quality of life for both medical professionals and patients alike.

Medical terms and conditions can often be confusing for many patients. This is without taking into account language and cultural barriers that may exist between doctors and their patients.

As such, augmented reality will help to bridge that gap and allow for improved comprehension among patients. Virtualized insights via AR on a patient’s condition as well as how their medication works will help patients better understand what’s happening in their body.

We mentioned Zombie Run as an AR app before. However, that’s merely the beginning of fitness tools that will undoubtedly use augmented reality to help people make positive changes in their lives and remain as healthy as possible.

These can include AR fitness instructors, videos, or AR animations that show which exercises to do and how they affect various muscle groups. There can also be collaborative exercise programs where you work out with someone or an AR buddy to help keep you motivated.

The possibility is endless and we’ll undoubtedly see the true power of augmented reality come to life when AR headsets become more mainstream.

Wrap Up: Augmented Reality In Healthcare

The innovations that augmented reality has made in the healthcare industry are already amazing and merely a taste of what is to come. Healthcare is an industry that takes a while to adopt new technologies as medical professionals test them to see how beneficial they are to them and their patients.