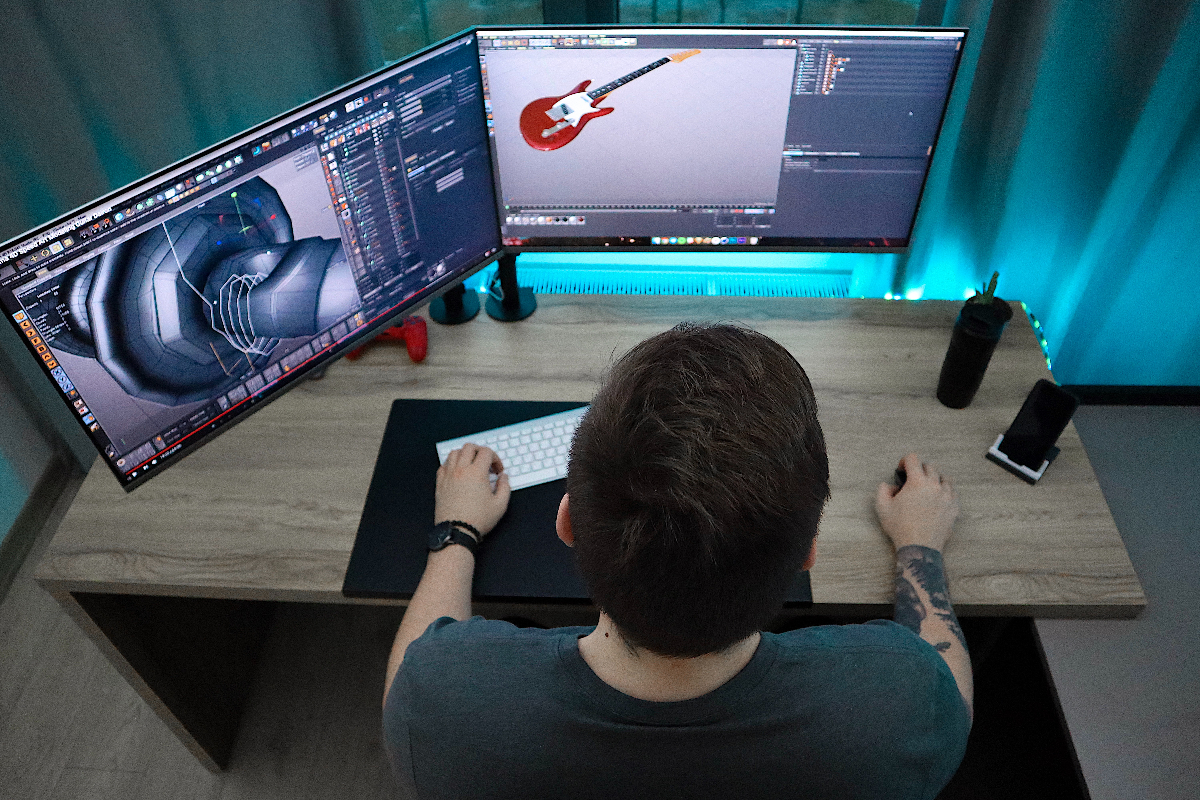 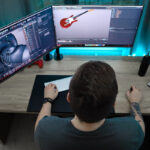 Augmented Reality (AR) is one of the most exciting forms of technology to explode in the past 5 – 10 years. Its capabilities are near limitless as it can potentially change the way we communicate, educate, learn, play, and entertain.

One of the key factors of effective and engaging AR is animation. It increases the quality and applicability of AR technology. Read on to learn about augmented reality animation, its benefits, applications, and some of the tools you can use to make your own.

What is Augmented Reality Animation?

There is no set definition for AR animation so we’re going to create one for the sake of this article. As it stands augmented reality is defined as “a technology that superimposes a computer-generated image on a person’s view of the real world, resulting in a composite view.”

A definition of animation is a way to manipulate figures so that they appear to be moving. With those two definitions in mind, we can state that augmented reality animation is superimposing computer-generated animation on a person’s view of the real world.

As you know, people experience AR using devices. This is often a smartphone or tablet but it can also be a computer or even an AR headset.

Here’s an example of a simple AR animation done with a mural:

AR animation can be done using marker-based or markerless augmented reality. The example above is marker-based AR as the mural acts as a marker.

Here’s an example of a markerless AR animation:

Augmented reality animation is here, however, its application is not as widespread as many people would like.

This will undoubtedly change in the future as it is expected that the AR market will reach $198 billion by the year 2025 and continue to grow. Soon AR animation and tech will become a part of our everyday lives.

The benefits of augmented reality and its animation are numerous.

Here are a few:

The benefits of augmented reality animation are not only theoretical. These benefits are already being reaped by people and industries that have already begun to implement AR and AR animation into their procedures and practices.

The benefits vary from industry to industry as the applications of AR animation and AR itself varies but they are undeniable.

Regarding print media, AR animation can add another dimension to it as it allows readers to view images and videos when they scan specific markers. These are usually images, articles, or even headlines. This creates an additional experience to what users would have already had from reading a book or magazine alone.

Here’s a video by Zappar showing someone using AR with a Mothercare magazine cover:

Augmented reality animation can allow for a more immersive and involved learning experience for students. It can help them visualize concepts that they cannot usually see. This helps them gain a better understanding of key concepts and think about them in new ways.

The marketing and advertising industry has already greatly benefited from AR animation and will undoubtedly continue to do so in the future. It has allowed marketers to be more creative with their campaigns.

It enables them to add a new dimension to their ads and also provides users with more information about what is being advertised.

Here’s a video by Wikitude discussing 7 ways that marketers can use AR:

The gaming industry is an industry that has also benefited tremendously from AR. It’s also responsible for being many people’s first introduction to AR. This could be through Niantic’s Ingress or their smash hit, Pokemon Go.

Gaming will continue to see AR and AR animation work its magic in gameplay and promotional materials.

Here’s a clip of an AR Dragon at the League of Legends opening ceremony in 2017:

AR animation isn’t only for large tech or creative companies. No, now more than ever, the technology is available for amateur or small-time developers to create their augmented reality animation.

The AR landscape has changed tremendously over the past 5 years, with the launch of Apple’s ARkit being a major turning point in the industry. It provided developers with a way of creating their AR apps, without building their own SDK. It also provided them with App Store as a marketplace to distribute their creations.

Now, both the App Store and Play Store have a variety of AR apps. However, this is just the beginning as more and more developers begin to create their AR apps and animation.

Here are some of the tools used by many developers and creatives to design and create their augmented reality animation and experiences.

Blender is a free open-source 3D computer graphics software. It’s used to create visual effects, art, 3D models, virtual reality, and more. Blender is a great software to use to create 3D models for augmented reality. What makes it even better is that it is completely free and has features similar to premium apps such as Maya, Cinema 4D, or 3DS Max.

If you’re interested in getting started with Blender and don’t know how, we recommend the Donut Series by Blender Guru, Andrew Price:

Here’s a tutorial by Jake Blakely on how to use Blender for AR/VR design:

For further reading, you can also check out this great article by Gatis Zvejnieks over at Overly:

How to create 3D content in Blender for mobile augmented reality projects.

Another great software is Vuforia. It’s an AR SDK that allows you to create augmented reality apps for mobile devices. It utilizes computer vision technology to both identify and track 3D objects and planar images in real-time.

Vuforia has a free plan as well as premium options available for developers to create AR apps.

If you’re a gamer then this name is familiar. Unity is a cross-platform game engine that was created by Unity Technologies. It’s used to create all kinds of games, from indie 2D side scrollers to huge AAA games.

Unity has what’s known as the AR Foundation which is “is a cross-platform framework that allows you to write augmented reality experiences once, then build for either Android or iOS devices without making any additional changes.”

Many developers use Unity 3D in addition to other software such as Vuforia and Blender to create a myriad of AR animation, apps, and experiences. Here’s a video by Unity talking about the 7 things you need to know to make a mobile AR app:

What creative list is complete without mentioning Adobe? Adobe Aero is Adobe’s answer to creating AR content. It’s available via Adobe’s Creative Cloud and allows you to create and publish your AR animation.

One of the perks of Adobe Aero is that you can use images from Photoshop and Illustrate as well as models from Adobe 3D Stager and even Blender. While it comes at a cost, Adobe Aero is a great option especially if you already do most of your work in the Creative Cloud.

Augmented reality animation offers a host of benefits for people and industries alike. AR itself is expected to grow tremendously in the years to come. When that happens we’ll see developers and creatives come together to produce some amazing AR apps and animation.

With AR tools becoming more widespread and easily accessible, this will make it easier for everyday people to create their AR animation as well. We hope you enjoyed this article and use the resources to begin your journey with augmented reality.