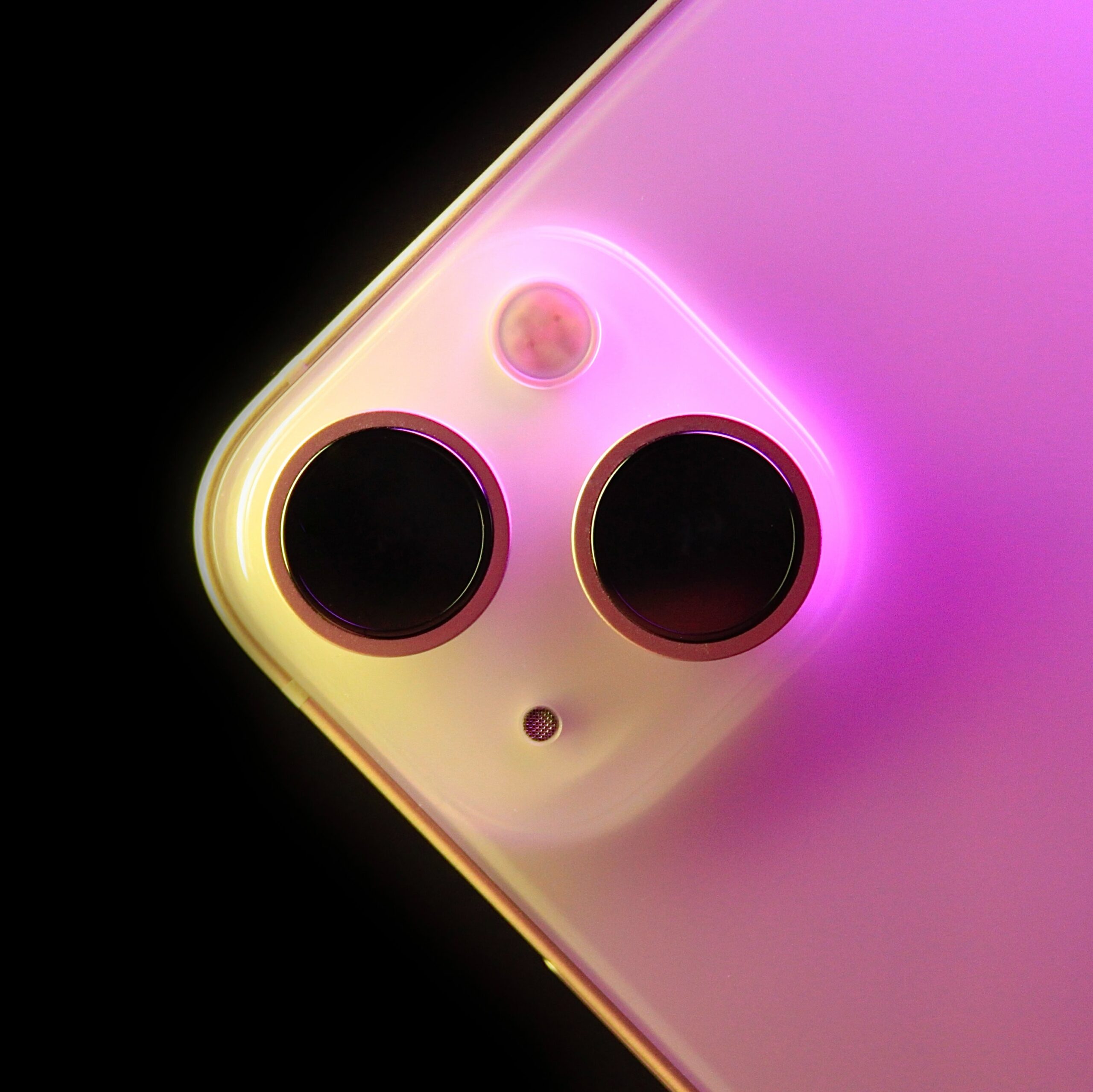 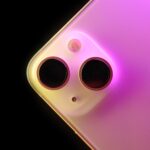 Augmented reality (AR) technology has proved to be an incredible invention, opening up new opportunities for businesses and industries all around the world. AR is expanding its presence in the software industry by producing a slew of new projects and breaking into large-scale productions.

According to analysts, the AR market will be worth $198 billion by 2025. With such a wide market to reach, creating AR experiences can offer you a competitive advantage in a variety of sectors. Even enhancing your current technology can improve work efficiency and productivity by several folds.

Over the previous two decades, AR technology has advanced brilliantly and is now being adopted in almost every field. The education sector, automobile sector, and healthcare are just a few examples. Let’s take a glance at how AR has evolved over the years.

How AR has Evolved in Recent Years

AR and the web eventually came together in the early 2000s. However, curiosity about the technology didn’t really take off until 2009, thanks to the smartphone revolution.

Augmented reality has lately seen a second renaissance, due to the advancement of smart wearable technology. As an example, in 2014, Google released the much anticipated augmented reality glasses, Google Glass, that offered users an immersive experience in a virtual world.

Read on to know more about the exciting AR trends for 2022.

AR has become more widespread and accepted by a broad audience; it’s no longer considered a ‘fringe’ technology. AR experienced substantial success in 2021, with further growth expected to continue in 2022.

Let us dive into the AR trend and see what to expect for 2022.

AR smart glasses are one of the most intriguing new concepts in the augmented reality world. The smart glasses industry is attracting the interest of every technology market ‘heavyweights’, from Apple to Meta, with a potential value of  $17.72 billion by 2025.

New trends are emerging in the industry, accelerating the metamorphosis of AR gear, as the demand and need for this innovation continues to grow. For a long time, innovators have been concentrating on improving AR glasses displays, presenting a variety of new tools ranging from microdisplays to ultra-thin lenses.

The inter-linking of a digital world with the real world is one area where AR smart glasses are expected to be extremely useful. The two worlds will be more aligned than ever, making it easier for people in the real world to access the information in the digital realm.

AR navigation has grown more seamless and dynamic than it has ever been. Additionally, advancements in technology like Bluetooth Low Energy (BLE) antennae and ultra-wideband (UWB) have made indoor navigation far more feasible than in past years.

AR directions in large indoor settings such as distribution facilities, shopping centers, and airports will be among the most common uses in 2022.

A distribution center worker can utilize augmented reality indoor navigation to find a specific item in their warehouse, much like a customer in a store can.

Buy Online, Pick Up In-Store (BOPIS) services will be made considerably more efficient using indoor navigation. Team members who are responsible for ‘picking’ products in the store for outbound logistics can use AR navigation to navigate straight to the item rather than fumbling around the store.

This will save time searching through a large number of comparable items and locating the relevant retail aisle and department. All a team member has to do is hold their device up to the display and follow the instructions.

The use of Augmented Reality (AR) in education is rapidly changing its potential. AR improves learning by incorporating digital aspects into the actual environment. This technology is already being used by certain educators to develop interesting digital material.

AR/VR in the education industry is predicted to grow from 9.3 billion USD in 2018 to 19.6 billion USD by 2023. For both trainers and students, augmented reality may transform a routine class into an interesting experience.

AR can assist teachers in better explaining the subject and visualizing the learning content. Learners concentrate on practice rather than theory. Furthermore, AR-enabled classes will keep students interested.

The use of augmented reality in the automobile sector has had a significant impact on vehicle safety and usefulness.

Moreover, you can now witness how the vehicle’s powerful suite of cameras regularly evaluates the environment around you using object identification and scene analysis, now that the Full Self-Driving Beta is on the road and being used by numerous people.

The outputs of this strong technology may be viewed on the vehicle’s display, which depicts the car’s location in space in relation to the numerous impediments in its path.

AR can also be used to offer drivers a heads-up display (HUD) via a headset, allowing them to see safety data without obscuring their vision. This type of device, as well as comparable non-headset-based systems, can assist maintain the driver’s focus on the road through audio reminders.

The Volvo Varjo XR-1 headgear is being utilized in a proof-of-concept augmented reality driver’s schooling system. It can teach drivers how to react defensively to objects that suddenly appear on the path without the danger of the object actually being there.

Augmented reality has several applications in the retail industry. One of the AR-enabled trends that are now being applied is store mapping. You can leverage AR to help you find the item you’re looking for in a store by following the on-screen instructions.

AR in retail will not only assist individuals in finding their way about, but it will also assist people in shopping in stores and at home. According to Fortune Business Insights, the virtual fitting room business will be valued at $3.5 billion in 2021. By 2028, it is predicted to be valued at more than $12 billion, with a market capitalization of $12.97 billion.

A demo was created at MobiDev to demonstrate how augmented reality business cards may encourage consumers to buy your goods and services by allowing them to interact with them.

According to Deloitte Research, augmented reality and artificial intelligence will transform the healthcare industry. The existing business model will be rendered obsolete by AR-supported hands-free alternatives and AI-based diagnostic equipment. A surgeon can use the Microsoft Hololens 2 to acquire information while still performing surgery with both hands.

The usage of AR technologies to handle the intricacy of remote patient support is becoming increasingly important. This includes telesurgery and applications that assist you to manage your emotions during difficult situations.

AR technology can help as more patients use telehealth. 3D screens can help doctors and patients interact and understand one another effectively. Remote support solutions can also enable clinicians in assisting their patients while reducing downtime.

Using machine learning techniques, AR can be a great approach to swiftly discovering diseases. Google in 2020, announced that it was working on augmented reality (AR)-based microscope for the Department of Defense (DoD) that might aid in cancer diagnostics and therapy.

A camera on such a hybrid gadget collects photos in real-time, which are subsequently processed by the computer to produce immediate results and diagnose ailments early on.

Upgrading smartphone hardware is a major trend in the augmented reality business. Apple’s well-known LiDAR sensor, which can be found on the iPhone 12 Pro and subsequently released Apple handsets, as well as the iPad Pro.

Smartphones like Apple can determine the magnitude of display with greater accuracy than ever before thanks to infrared lasers. This could make scene analyzing for AR experiences more accurate than ever before.

Samsung’s DepthVision analyzes the depth of a scene with a single flash of infrared light. After that, you can make a 3D image of the area.

The performance of the above-mentioned Android and Apple smartphones in delivering AR experiences to customers is rather comparable. However, at this time, it’s critical to think about accessibility.

Since LiDAR hardware is only accessible on higher-end Apple and Android devices, the vast majority of AR users will only be able to experience a limited level of quality. In order to be relevant in 2022, developers must develop applications with this in mind.

The potential of AR cannot be disputed, especially as the industry’s market value continues to rise. 2022  is full of surprises, including a boost in the current performance, effectiveness, and productivity of any object through the use of AR technology. Prepare to see the rise of AR, either independently or in collaboration with VR and AI.